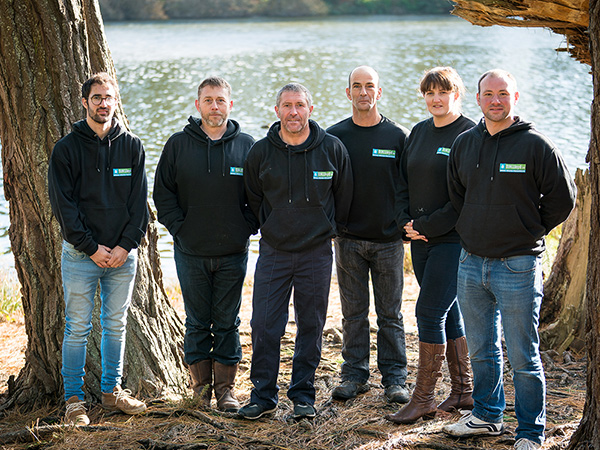 D.W. Lloyd Limited (DWLL) was established in 2014, and in fact on our first day of business, our son Henry was born 5 weeks early which threw a small spanner in the works to say the very least!

See us on the Best Of Guernsey website:
https://www.thebestof.co.uk/local/guernsey/business-guide/feature/d-w-lloyd-ltd

Our expertise is in the following:

Dan
Dan has 14 years experience in the industry, starting off as a water well engineer, drilling boreholes in the UK, and then Brecqou, before moving to Guernsey and starting at Stan Brouard as an irrigation fitter in 2005. He left Stan Brouard in 2014 to commence his own Company, D.W. Lloyd Limited with the help of his wife Nikki. Dan prides himself on providing a quality service and in helping customers to find the right solution for their needs.

Nikki
Nikki is a local girl, and she and Dan married in 2007. They now have 4 children and a dog called Willow. Nikki used to work in hospitality, and then the finance industry until their 2nd child was born, when she left work to run the household and raise the children. Since starting DWLL in 2014, Nikki is now the office manager and generally tries to keep Dan and the team organised!

Mark
Mark was previously a storeman at a local Garden Centre and has a tremendous knowledge of plants, how much water they need, where they should be situated in the garden and what soil is best to help them grow, all of which is a huge asset to us, especially on the irrigation and pond side. He has been with DWLL since October 2014, and having never been an irrigation fitter before has learnt quickly and adapted well!

Adie
Adie joined us in April 2017 on a 6 month contract, having previously been a labourer for a building firm. His unique skill set is a real asset, as is his work ethic and quiet manner. He is very reliable and willing to learn new skills.